Well, I'll tell you in a minute.

Now, they were asking the president about this this morning. He was on Fox & Friends. Ainsley Earhardt said to President Trump, "Ruth Ginsburg told her granddaughter on her deathbed allegedly that her dying wish, her most fervent dying wish, was to have the next president choose her successor. How do you think that all plays out?" 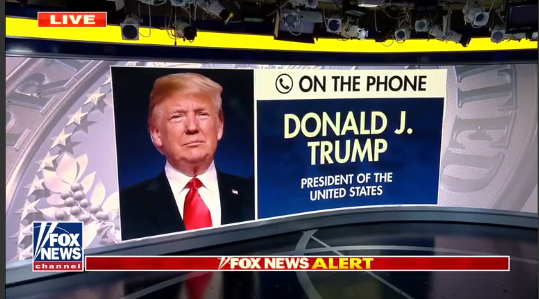 THE PRESIDENT: Well, I don't know that she said that or was that was written out by Adam Schiff and Schumer and Pelosi. I would be more inclined to the second, okay? You know, that came out of the wind, it sounds so beautiful. But that sounds like a Schumer deal or maybe Pelosi or Shifty Schiff. So that came out of the wind. Let's see. I mean, maybe she did and maybe she didn't. Look. The bottom line is, we won election.

RUSH: Is this not why we love the guy? Who else would say this? (imitating Trump) "I don't believe she said anything of the sort. This sounds like something Pelosi wrote. It sounds like something Schiff wrote." It does sound political. It sounds like a political consultant. But look. These people are the funeral crashers, not just wedding crashers. They will corrupt anything by politicizing it. They'll turn any event, including the death of one of their most revered Supreme Court justices, into nothing more than a political event and attempt to advance their power and agenda.

In a way, folks, it's kind of sick. In a way it's kind of sick, that in the Democrat Party and the radical left movement there isn't anybody safe. There isn't anybody whose life and whose death will not be reduced to the most necessary or opportune political objective of the moment. So here is a woman whose resume is amazing, whose life was full, being reduced to a campaigner. The last thing she said, the last thing she dictated had to do with making sure the Democrats had something to say about her -

Now, I don't doubt this is one of the reasons she kept hanging on. But looking back, she should have retired when Obama was president. Nobody thought Trump was gonna win, and so they thought that they were getting away with a bunch of objectives at the same time. But you see, folks, the ball doesn't always bounce their way. It doesn't always bounce in their favor.

RUSH: Here's Red. Red's in Kansas City, Missouri. Great to have you on the big program, Red. Hello.

CALLER: Hey, Rush. Love you. Been listening to you for decades.

RUSH: Thank you very much. I appreciate that.

CALLER: Absolutely. I wanted to emphasize the point that the Constitution established a balance of powers, a system of checks and balances. And in that system of checks and balances it gives the Senate the ability to approve or disapprove of the president's pick for the Supreme Court. In 2016, the Republicans were doing their duty by saying Obama's not gonna pick a person who is good for this nation, who is a good, constitutional constitutionalist to be on the Supreme Court. So we're not gonna approve them. And we already had the evidence of that by his previous picks. Now in 2020, they're saying it is our duty to ensure that a good constitutionalist is appointed to the Supreme Court, and we believe that Trump is going to do that. 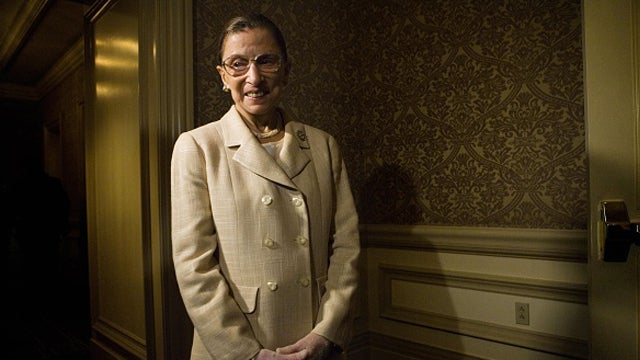 CALLER: Exactly. All this talk of fairness and stuff like that, that's bullshit. They're doing the -- I'm sorry. I shouldn't have swore.

RUSH: That's all right. Callers can say whatever. I'm the one where standards of decorum apply.

CALLER: Gotcha. Well, they're just doing their responsibility, their duties that are established in the Constitution, and their duty to the American people. So I think that all of these points made by the liberals right now are completely intellectually disingenuous.

RUSH: Of course they are. Not only are they politically, intellectually disingenuous, they're purely political in scope, not constitutional, not judicial or any of that. My buddy Andy McCarthy, who is one of the most eminent legal minds that I know points out that there are only two rules that apply here. Only two. Only two rules that apply to replacing a Supreme Court justice.

Quote, "A president for as long as he or she is president has the power to nominate a person to fill a Supreme Court seat. And that nominee" -- I'm quoting McCarthy here, not the Constitution -- "that nominee can fill the seat only with the advice and the consent of the Senate." And that's it. Everything else is political posturing. Everything else is politics. There's only two rules. President gets to nominate, Senate gets to advise and consent. And that can be something as simple as a vote.

You do not have to have the Judiciary Committee conduct hearings. That's only a tradition that evolved, and it's something that's taken place, but it is not required. It's not mandated. It really isn't, folks. The Senate does not get to pick their own nominee, which is what Chuck Schumer and the rest of the Democrats want you to think. They want you to think the president doesn't have any idea what he's doing, he doesn't get a choice in the matter, only the Democrats get to choose, and they don't. All the rest of this is nothing more than political posturing.

There is precedent, in addition to this. Precedent supports what McCarthy said. The precedent was called the McConnell rule, and that was during the Merrick Garland controversy, and it said you don't have a nomination in the final year of a presidency if the Senate is held by the opposing party. And that's been largely true since 1880, and especially true since the court has become more political over the years. But there's nothing that says that Trump can't nominate a replacement. And there's nothing that says the Senate cannot vote now.

Folks, I know the tendency is to believe the media on these things because our society is just overburdened with this false notion of fairness. There's nothing about fairness in this. This is purely procedural. The president has the constitutional duty to name a replacement. The Senate gets to advise and consent, and that can be nothing more than a vote. They consent by voting "yes" or they don't consent by turning down the nominee. But they don't get three weeks to trash the guy unless they're given it, but they're not required.

So there's no reason to wait. There is literally no reason to wait. There's no requirement to wait. The 2020 election has nothing to do with this Supreme Court vacancy. The 2016 election has everything to do with it. And, by the way, it's also not Justice Ginsburg's seat. Her dying wish is that her seat not be filled until after the next -- it's not her seat. Like Kennedy's seat in the Senate was not his seat. It is our seat, not hers.